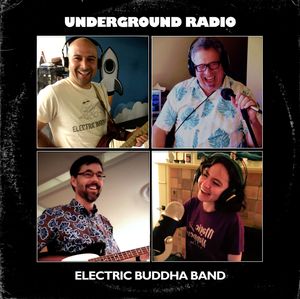 Underground Radio was created, performed and produced by The Electric Buddha Band - Zack Urlocker and Rob Castaneda. Words and music by Zack Urlocker. All music was recorded in GarageBand with $200 worth of equipment and mixed in Logic Pro X by Miles Fender of Streetlight Farm Studio. The project was fully-funded by our fans on Kickstarter.

I am sure no one ever thought writing a rock opera was a good idea. But sometimes those are the best ideas.

Contact Info
You can contact us via email if you'd like to license our music for use in your beer or car commercial or to have us open for The Stranglers on their world tour.

And here's the Kickstarter video that started it all...